Thinking is often a luxury in EVE. 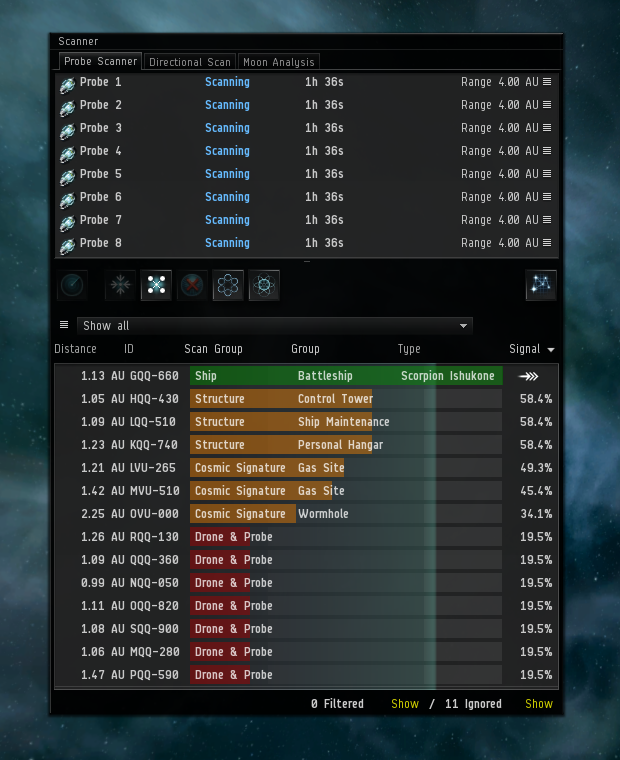 CCP SoniClover delivers a lot of info on the new and improved scanning lifestyle:

The overall vision for exploration is to make it a more noticeable part of the game and lower the barrier of entry. Exploration is something that appeals to a lot of players, but because it is so obscure it was rarely something that newer players entered early. Instead, newer players tend to go for easily accessible systems like missioning or mining as their first careers. The goal was to try to make exploration as easily accessible in the early stages as those two, as exploration allows players to experience better the unique flair of EVE than mining or missioning does.

This is no easy task, as this has to be accomplished while at the same time retaining the functionality of the scan probing as a whole for other users of the system, such as veteran explorers, wormhole dwellers and scouts. While the focus this time around was on accessibility and basic mechanics, we feel this is only the tip of the iceberg and the changes we’re making now give us an opportunity to expand the exploration mechanic at the higher end, adding more depth of gameplay, in the future…

Via Rock, Paper, Shotgun: The plot of the series, we are told, will be based on EVE players’ own stories – all those tales of treachery, money and backstabbing that have accrued in the EVE universe so far. Stories that … END_OF_DOCUMENT_TOKEN_TO_BE_REPLACED 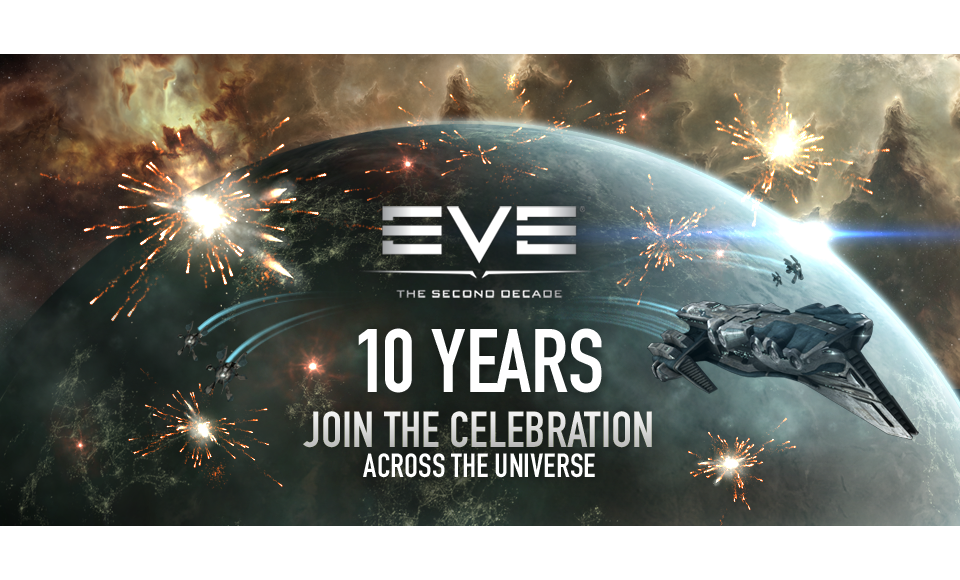 Celebrating such a special event as EVE’s 10th anniversary is too big an occasion for just a private party, so with that in mind we’ve planned an action-packed weekend within the EVE Universe to ring in the second decade with the people who matter the most… you! In true Icelandic style, no celebration would be complete without fireworks, so we are running a campaign on Facebook where we invite you to like the official EVE Online Facebook page and share with your friends and gaming groups. Each “like” generated will work towards free gifts and hourly firework drops for the entire community to enjoy on Sunday May 5th.

And much, much more.

When you die in your capsule in EVE, you leave behind a frozen corpse.

The voice of Aura is a constant companion to the EVE capsuleer, one which might be taken for granted and ignored if it weren’t so sultry.

Freighters: not optimal for missioning in EVE.